Covid-19 - Réouverture des frontières :en savoir plus
DestinationsTrip Types About Us
FAQs
Sign into my Evaneos Account
Destinations
Top destinations of the moment in Asia
Travel to Asia
Browse our tour ideas by category
See all tour ideas

Goa, between myth and reality

A region with a very particular history, which it is important to be aware of.

A bit of history

Portuguese until 1961, the region of Goa is still very independent from the rest of India. During the 70s many hippies fell in love with this isolated area, its tropical climate and its spiritually laden atmosphere.

Then in the 1980s, strong drugs arrived, they no longer just used hashish and travelers brought back opium and heroin from the north of India. The guitars and camp fires on the beach quickly became gigantic full moon parties on Anjuna beach, in the north of Goa.

There were problems - a growing number of junkies and overdose deaths. The population started to protest, but at that time Goa attracted tourists who were techno music fans and hard drugs users.

The Arrival of Mass Tourism

Since the 1990s, Goa has become a sort of Indian Costa Brava. Charter flights directly from Europe have become more and more numerous for the last 20 years. You will come across many coaches full of Russians. Local companies offer return trips from Moscow to Goa for 300 dollars, or "all inclusive" trips for 400 dollars a week.

For some years the authorities, faced with this mass tourism, have taken steps: music is forbidden in public places after 10 p.m., not to mention the exorbitant price to get into a big Goanese party: around 4,000 rupees or nearly 70 euros! A sum which is almost enough to live on for a whole week during a trip to India !

Nevertheless, the area has lots of attractions

Happily, Goa is not just about old hippy sites, nor the inevitable bars and shops of a seaside town. The region has untold unexplored jewels and almost deserted beaches where you can find a moment of happiness. 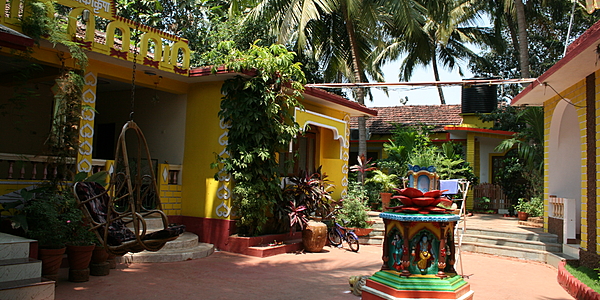 I recommend tourists on a trip to India to explore Goa on two wheels, either a bike or a motorbike, so you can get away from the well sign-posted tourist areas and discover the hidden places.

In between sunbathing on one of the beaches at Goa, don't forget to visit the region's many convents and churches, classified as a UNESCO World Heritage sites.

In need of inspiration?