Covid-19 - Réouverture des frontières :en savoir plus
DestinationsTrip Types About Us
FAQs
Sign into my Evaneos Account
Destinations
Top destinations of the moment in Asia
Travel to Asia
Browse our tour ideas by category
See all tour ideas

On a motorbike in the Himalayas

One of the most beautiful regions of the country and ideal for visiting on two wheels.

From New Delhi to the foothills of the Himalayas

Leaving Delhi on motorbike is like leaving hell on the way to paradise! In fact, the traffic in and around the town is particularly dense and dangerous. When you arrive in the Himalayan foothills, it's a real treat being on a motorbike on small, less traveled roads, with breathtaking scenery all around.

During a trip to India, the first stop after leaving Delhi is often the fascinating holy town of Haridwar, and then RIshikesh, on the banks of the Ganges. There you can, and I recommend you do, go up to the true source of the Ganges, in the holy villages around Devprayag. 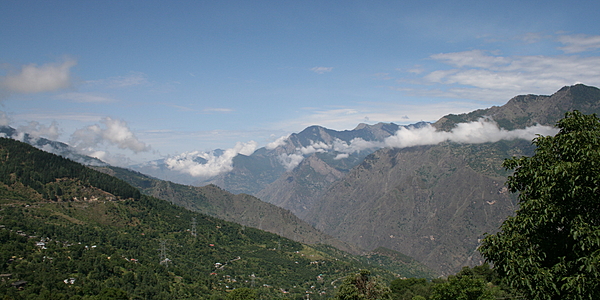 All along the route you can see small Hindu temples, often lived in by sadhus, ascetics who live by praying and who are known to welcome you with a big smile to smoke chillum with them.

Once you have passed the pine forests of the Himalayan foothills, and the source of the Ganges, you will find the real mountains beginning to the north. Here you are in the Himalayas! The grandiose mountains, the mountain passes over 5,000 meters high, and the magnificent monasteries perched on the mountain sides.

The first valley in the south east is Sangla's, which you get to via a long winding road in the valley that is surrounded by mountains. At the end of it you feel like you are at the edge of the world, with the breathtaking scenery in front of you looking like a living postcard.

Once you leave Sangla go north to reach the drier and more desert like valley of Spiti. The passes are very high and only passable for a few months a year, even in summer there can sometimes be tunnels of snow. So watch out for black ice!

Manali and its surroundings

Back to the valley to the charming town of Manali, which is a lovely place to spend a few days during a trip to India recovering from the difficult routes of Himachal Pradesh, and the Spiti and Sangla valleys.

You'll meet lots of travelers from all over the world in the many guest-houses which make up the town. The Tibetan restaurants are particularly good, so don't forget to try the famous momos, dumplings stuffed with meat, vegetables or cheese.

The road to Ladakh

For the more adventurous, the road north from Manali leads to Ladakh, one of the most beautiful regions of the Himalayas. This road is particularly difficult. Places to stay and petrol stations are rare to non-existent.

Nevertheless, it's a magnificent road which will take you to a region that is amazing to visit, and even better on two wheels. Once you are in Ladakh make sure you take the motorbike as far as Lamayuru monastery, the road is fantastic. This road is only open at the height of the summer, from the end of June to the end of August.

In need of inspiration?